Why You Shouldn’t Buy a Cheap Weld Positioner

Why You Shouldn’t Buy a Cheap Weld Positioner

Weld positioners are an invaluable tool to welding facilities aiming to increase their productivity while also making their operations safer. These positioners are able to hold and manipulate weldment parts in positions that can be modified to make the welding process as easy and comfortable as possible for a welder. With weld positioners, workers need to move less to access welding areas, and wouldn’t need to place themselves in physically awkward or precarious positions around a weldment. In factories with human workers, this will decrease fatigue and worker injuries, while even in automated welding facilities, automated welders will have to move less and therefore increase welding speed. 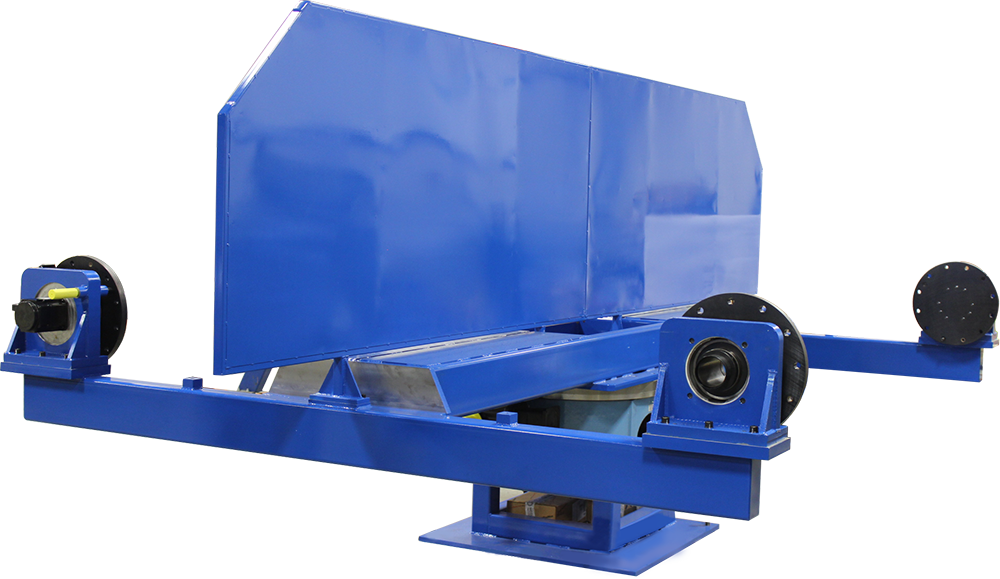 Safety concerns on the factory floor can arise when a cheap weld positioner is purchased by a company. Cheap weld positioners may not be designed as well as more expensive models, which can bring many problems to the surface. One significant problem is the idea of a component in the weld positioner failing, and a part in the process of being welded being dropped. If a large weldment is dropped, not only will the weldment likely be damaged or ruined, but it has the potential to cause serious physical injury to employees. Employee safety is paramount to many companies for both productivity and legal reasons, so avoiding accidents like this by buying a more expensive weld positioner can avoid a much larger problem down the road.

Another problem that can arise is the adjustability of the weld positioner. If corners are cut to save money when designing this cheap positioner, it may have limited adjustability capabilities, leading to employees once again needing to put themselves in awkward or precarious positions to access welding areas. Worse still, the company may decide to buy a less expensive weld positioner that doesn’t actually suit the application it is intended for. If this occurs, there is an increased chance that the wrong weld positioner for the job may not position the weldment well enough, or it may drop the weldment. Even if the weldment doesn’t fall on an employee, awkward ergonomics for employees can lead to injuries, the exact opposite of the original goal of weld positioners. These injuries to employees can drastically increase productivity and quality while leading to sustained downtime.

Cheap weld positioners may be made with lower quality materials than their more expensive counterparts, which can lead to parts within the positioner breaking. If certain components break, this can lead to a weldment being dropped, leading to safety concerns mentioned previously. Broken components within the positioner will also lead to downtime as the parts need to be replaced. Unreliability will also lead to additional expenses in maintenance costs, as the positioner’s components will need to be replaced more frequently either as they fail or when their anticipated lifespan nears its end.

Motion Index Drives complete 3, 4, or 5 Multi-Axis Welding Positioner machines are designed and engineered to provide superior performance in demanding industrial automation environments. Utilizing MID’s TR Series servo gear head with high torque capacity, for the dual trunnion headstocks, allows for a 2 second 180° rotation on a load of up to 4000lbs per side and 3 meters between faceplates.

Different applications require different tools, so if a company buys the wrong weld positioner for their facility just to save money, they run the risk of the weld positioner operating unsafely or inefficiently. Even if the weldment isn’t dropped, if a positioner isn’t suited properly to its task or application, it may not adjust the weldment in the desirable fashion for a welder. This can lead to a more difficult welding job for an employee, and will likely result in a decrease in welding speed and overall efficiency. Even in automated facilities, if the weld positioner doesn’t properly maneuver the weldment, automated welders may have trouble accessing the area that needs to be welded, if they can access it at all. Needing to troubleshoot why the automated welder isn’t welding quickly or properly will drastically reduce production efficiency.

For safety, efficiency reasons, or simply to avoid a hassle in the future, it is advisable to do research on what weld positioner specifically suits your company’s application. If the application is very specific, it is a better choice to spend big on a positioner up front rather than paying for its shortcomings in the future.

Want to learn more about Weld Positioners? Go to our guide here!