Indexing tables are used in a multitude of industries and in numerous applications. Their design is optimal for many manufacturing jobs, and they are a critical component in most automated manufacturing systems. Indexing tables are best defined as a machine tool positioning device. They carry components in a manufacturing environment with a repeating process of indexing (rotating) around an axis, stopping, dwelling while an operation is performed, then indexing again to repeat the process. They are usually made of circular steel plates, with one or more spindles, a drive system, encoders, sensors, controllers and slots or mounting holes to hold components. 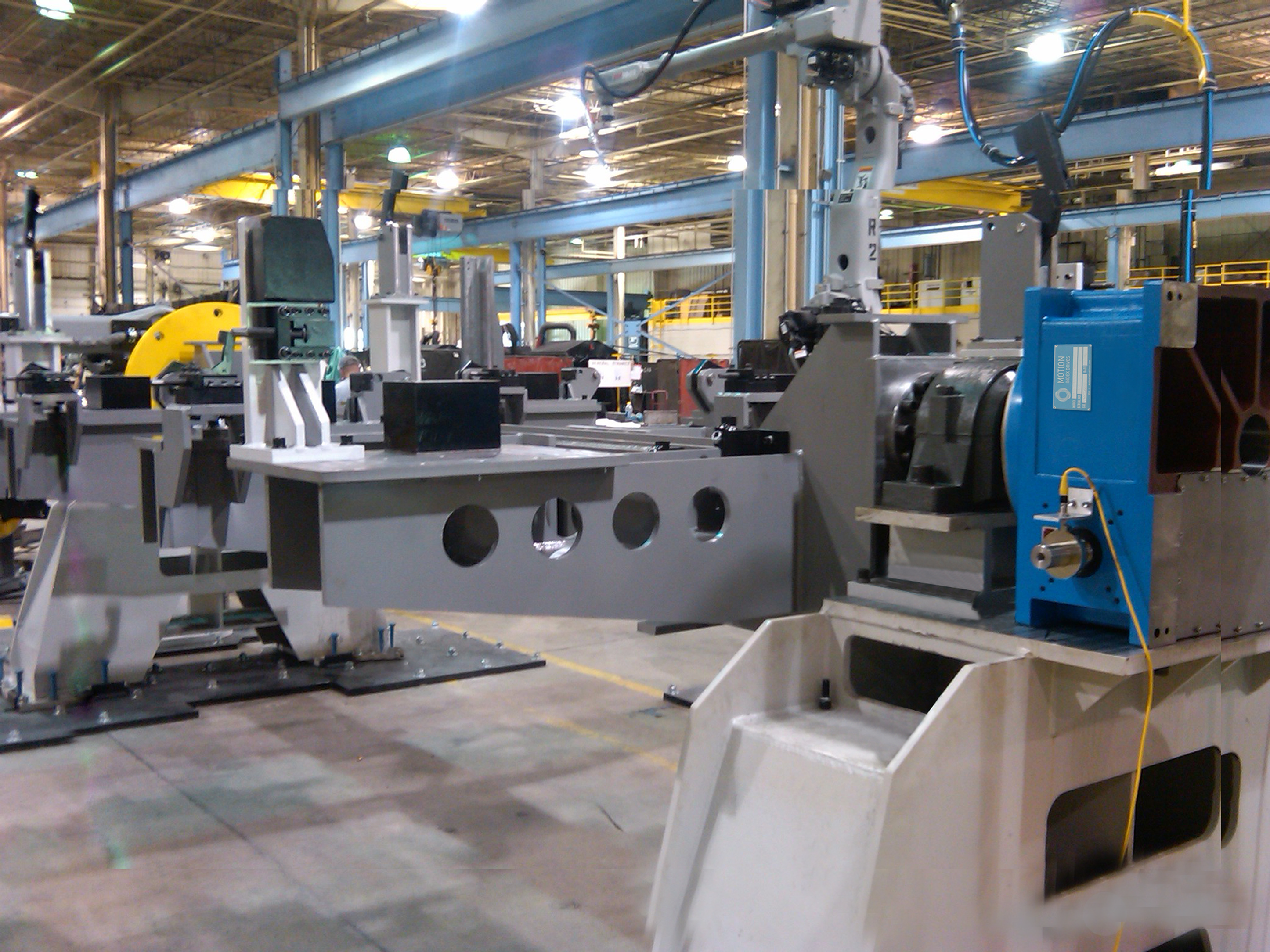 Indexing Table Applications are limited only by an engineer's imagination.

Virtually any manufacturing operation can be performed on a part held by an indexing table including welding, grinding, drilling, assembly, painting, inspection, testing and more. In order to maximize operational efficiency, the machine doing the operation must also be built for the same intended application as the indexing table for them to work in synch. Similarly the machine that loads the indexing table with parts must also be synchronized. They must have the same capacity and be able to manage to the same dwell time for the system to work.

If the timing of these machines are coordinated, the time to operate on or assemble a product can be a fraction of that of workers assembling a product.

Industries that use indexing tables include automotive manufacturers, bottling companies, microchip manufacturers, pharmaceutical makers, consumer products companies and many more. They are invaluable to manufacturers pushing for automation and increased efficiency in their factories, turning work that used to take days into work that takes only hours. If a simple assembly task is required on small parts in a factory, there is no better way to complete the task than by coupling an assembly tool and an indexing table.

Interested in making sure that you get the right indexing table for your application? Get our guide below!