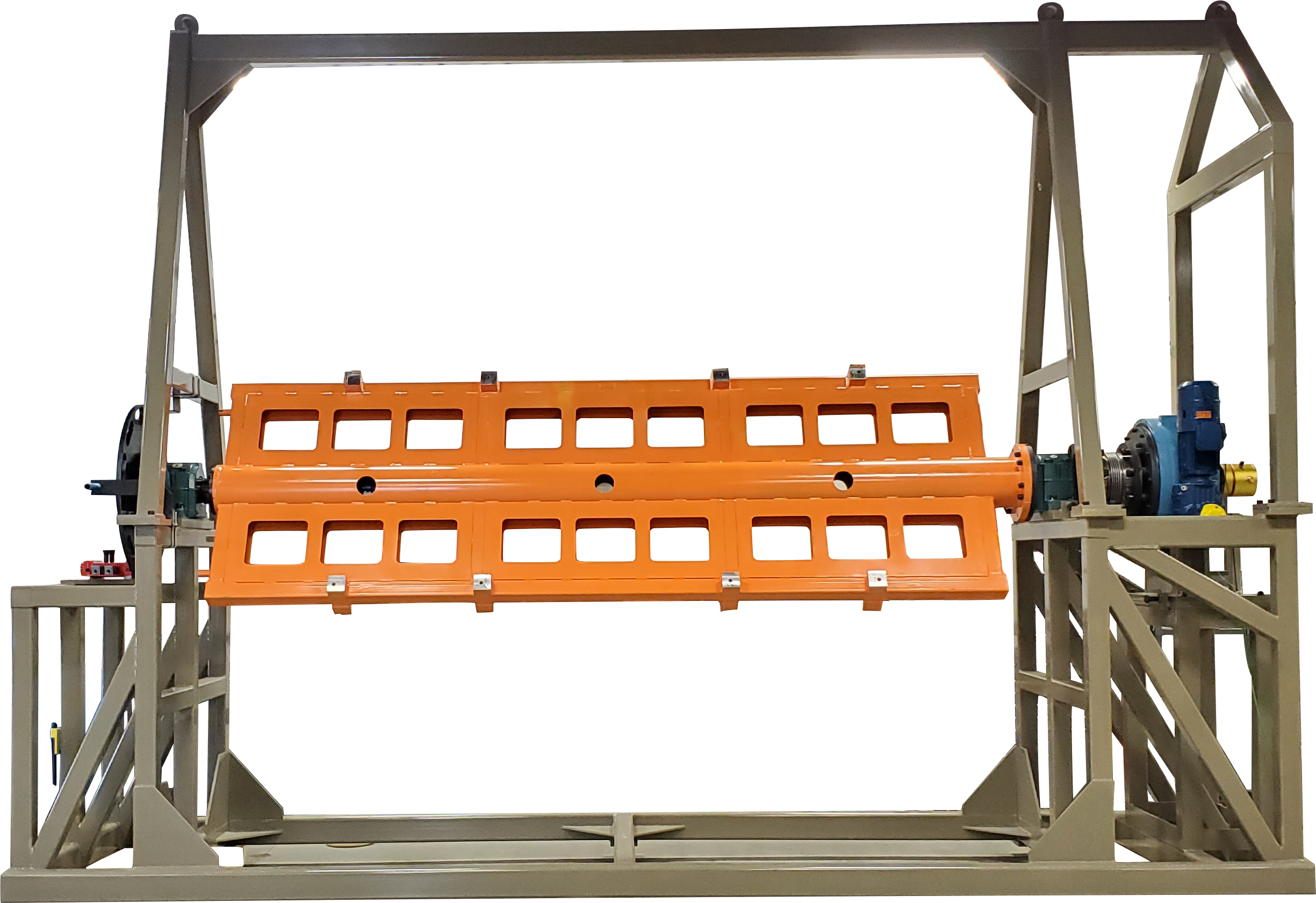 This Motion Index Drives Trunnion Assembly was designed and engineered to handle 24,000 pounds of load and 15,000 kgm² squared of inertia. It was built to hold an automotive fixture in one of the major automotive facilities. On the back end of the TMF2000 unit we have a slip ring that brings in Ethernet communication as well as power to power up the fixtures that is going to be mounted to the backbone.

On the other side of the indexer on the tail end we have a locking plate for safety when there is any type of maintenance being done on the fixture. We have a lockout with two tandem bolts that lock into the safety switches so at any given time you can have one bolt that has a holding ability of 50,000 units of force. 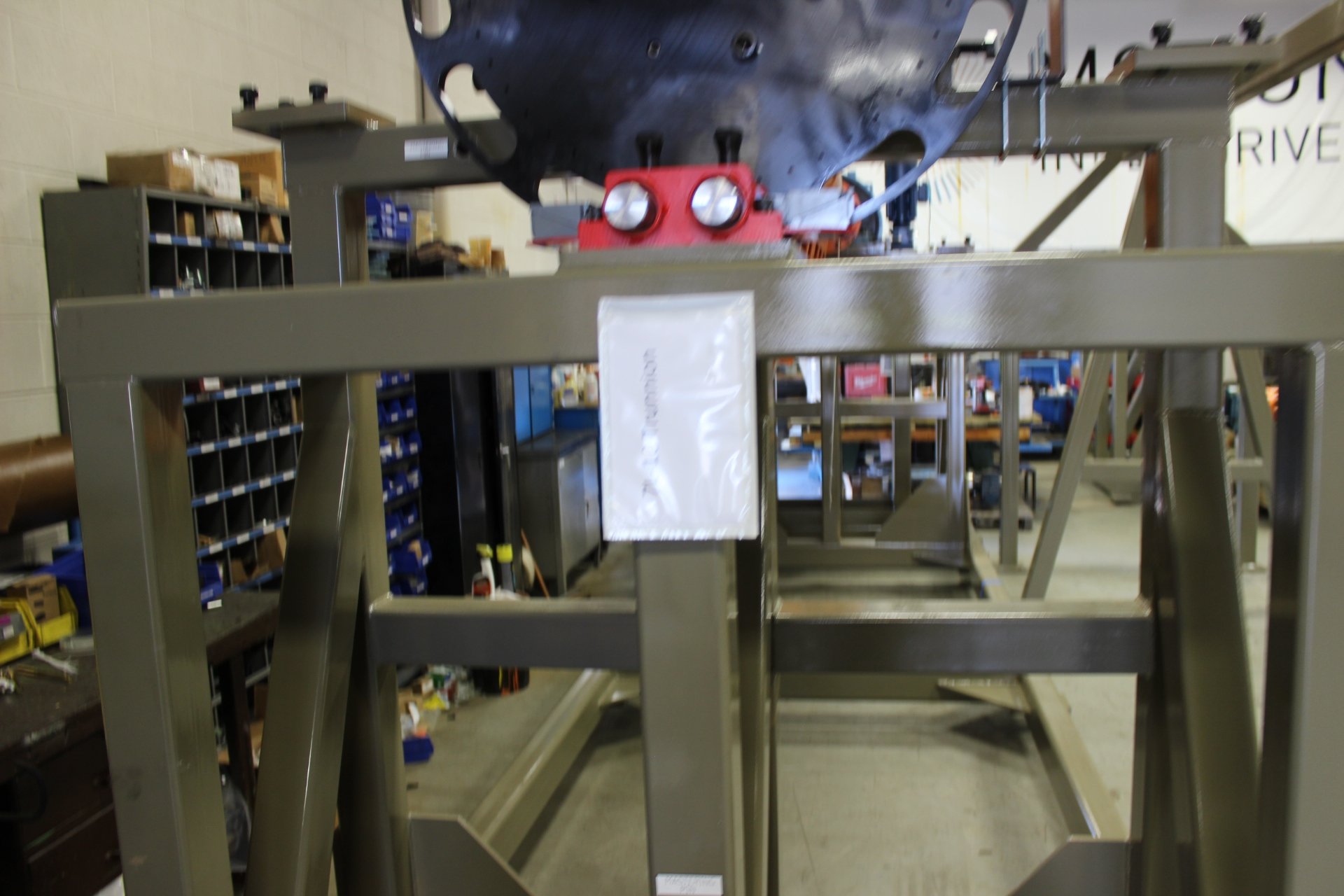 We have also provided positioning switches that are on the lockout plate that gives the indication of what position the tooling fixture is in. The tail end is equipped with an air union that goes through the hollow end of the backbone so they can run air into the fixtures.

To give the customer the ability to zero out the system we designed in a mastering pin that meets up to the backbone. The safety pin is located at the side of the risers with a switch to let the maintenance people know the zeroing pin has been utilized. 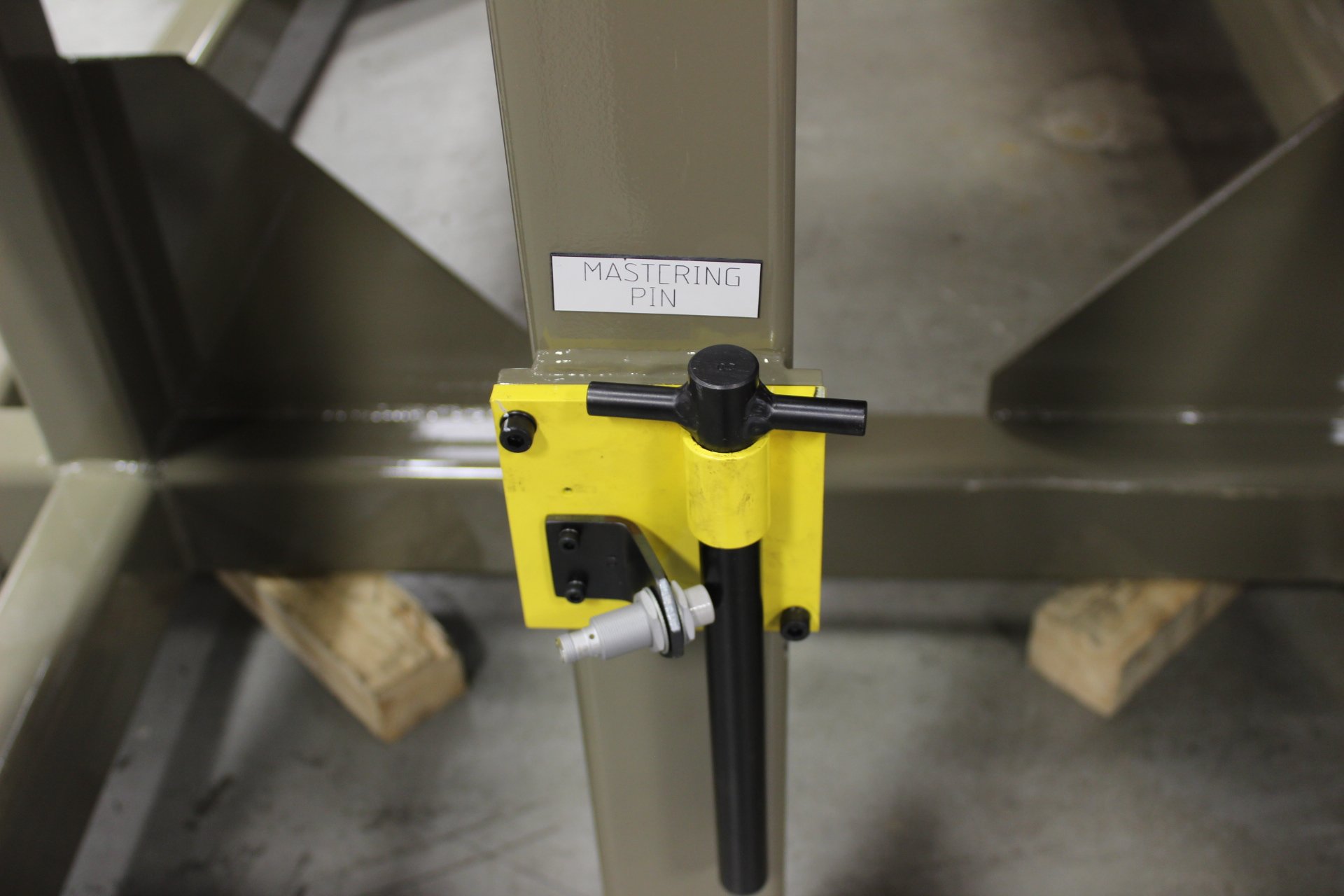 On the head and tailstock side we have a split bearing block that also has a split self-aligning tapered rolling bearing inside. The reason for this design is to easily assemble the backbone structure into the whole trunnion assembly. It can be removed in case this whole backbone needs to be removed as well.

For the indexing head we are using our Motion Index Drives TFM2000 Rotary Indexer. This is a zero backlash system which the positioning is controlled by an AC motor with an absolute encoder. We also used an R&W style coupling to couple the indexer to the backbone and the pillow block bearing assembly. If there are any maintenance requirements or damage to the indexer we can decouple it from the backbone without having to support the backbone and the fixture and the tooling.